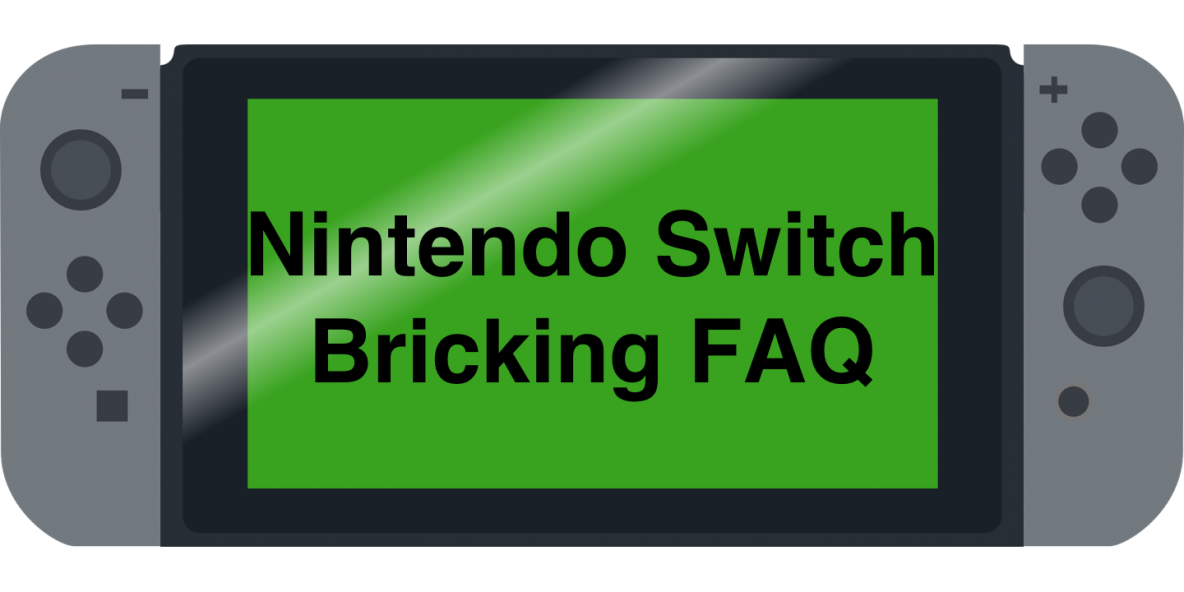 This Nintendo Switch bricking FAQ is to help you separate facts from fears. When it comes to concerns with third party accessories damaging the Switch console. 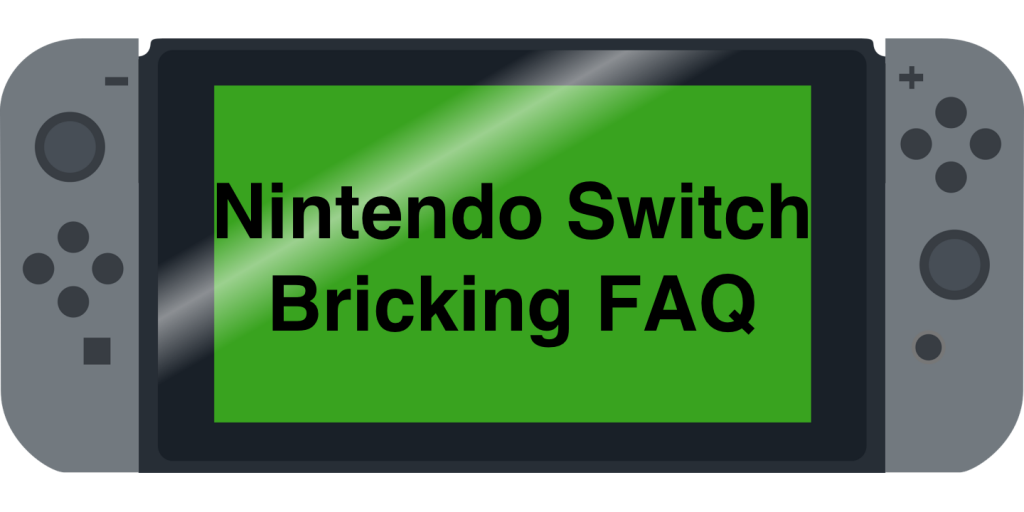 Why create this FAQ?

In the spring of 2018, a wave of user reports involving third party docks damaging the Nintendo Switch swept through the community. We only had end-user reports to go on. The media only covered content from a single gaming influencer. And Nintendo was mostly quiet during the event. Add to this the Nintendo Switch was the first USB-C device for many. And USB-C is significantly more complicated than the legacy USB. As it offers a lot more technology.

As a result a lot of fear monger also occurred. Some found technical information they didn’t quite understand. But latched onto a single sentence and stirred up the community more. To get a good idea of what was actually happening you had to piece it together from several sources. While one person posting “it’ll brick your Nintendo Switch” was far faster and affected many.

I created this FAQ to better share what we know from legitimate sources. To tell what we know to be true, what is theorized, and what is false. To answer your questions and concerns with the best data possible.

The term means a device won’t function and isn’t recoverable. “It is as useful as a brick.”

For the Nintendo Switch, this often appears as stuck in the boot screen or not booting at all.

What was the Nintendo Switch bricking scare event?

The bricking of Nintendo Switches by third-party docks went back to October 2017. But the community-wide event occurred in mid-March 2018. Shortly after Nintendo released firmware update 5.0.0 for the Switch. It went viral when YouTuber Spawn Wave released a video on the death of his Switch. He postulated it was an issue between his Nyko dock and the 5.0.0 update. And told his viewers to avoid third party docks under the new firmware.

From there other Switch owners started reporting their own Switches bricked. The consensus was the 5.0.0 update did something bad with the Switch and third-party docks. Over the next two months, some new info came out. Though nothing official from Nintendo that was helpful. Since then there have been good theories put forward on the actual cause of the issues. But to date, no definitive evidence has been presented. 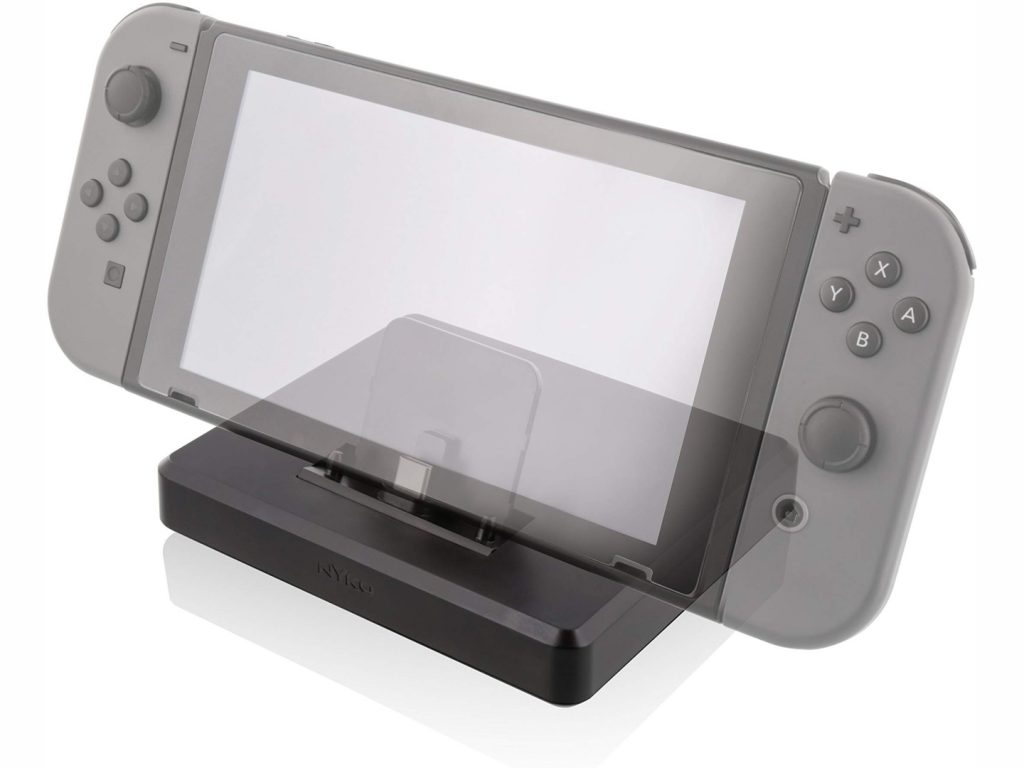 From here there was an increase in the number of bricked Nintendo Switch reports involving Nyko docks.

There were also a few reports of FastSnail docks causing issues.

And reports of the Charjenpro dock.

Reached by e-mail, a Nyko representative told Kotaku that the company is “aware of the issue some Portable Docking Kit owners are facing after updating the firmware on their Nintendo Switch to version 5.0. Though further testing is still required to determine the exact root cause of the problem, we believe it is related to the way the Switch handles AV output for an external TV/monitor while the console is docked on the Portable Docking Kit.” Nyko says it is working on a solution and has policies on replacing malfunctioning products.

Later that same day, Nintendo made a statement to Kotaku:

What do we think actually caused the bricking?

To date, no one has presented hard evidence of the original cause of the issue. Or why certain third-party docks caused damage. While others did not. But there are some good theories out there.

The leading theory is that some third party docks didn’t have proper Power Delivery protocol hardware. A PD protocol chip is used to negotiate power between two USB-C PD devices. In this case, the dock acts as a charger for the Switch. Lack of proper negotiation could allow improver voltages into the Switch’s circuits.

Two separate reviews have found the Nyko docks did not use a PD protocol chip. Instead, they emulated the function with other hardware.

It is likely FastSnail and other known bad brands did something similar.

This would also explain why other brands, most notable Insignia, have no reports of issues. If they used proper PD protocol chips the issue would never come up.

Probably not. There is no denying an increase in the number of reports since the 5.0.0 update. But that was also after a video on the issue went viral. Remember Nyko docks were damaging Switch consoles 4-5 months before the firmware update.

That said the update made a lot of changes around accessing the Switch. All undocumented. And Nintendo continues to release updates with little to no documentation.

Do all third party docks brick the Nintendo Switch?

At this point, the answer is no.

A lot of Switch owners will tell others to avoid all third-party docks. But some have shown to be safe by lack of issues, such as Insignia. And newer docks have since been released with no known issues.

If you want to play it safe but still want a smaller dock there is a DYI option. Buy a Switch dock replacement case. I use one from Basstop. It is only a plastic shell that can house the electronics inside the official Switch dock. Complete with tools and how-to video, you can use official Nintendo electronics in a much smaller setup.

No. And anyone who tells you otherwise will not be able to provide any proof when asked. Try it.

There are no confirmed reports of third party chargers causing a problem with the Switch.

Most USB-C chargers and power banks are not created for the Switch only, like a dock. Anker has two Nintendo Switch Edition power banks. But both use technology common in their other USB-C PD power banks. And most are made by companies with years of experience. They understand PD protocols and have been enacting them for a while.

See my Safely Charging the Switch page for more details.

At the height of the issue, people affected lost all their game data. It pre-dated Nintendo Switch Online and the cloud backup. You could transfer your profile from one Switch to another. But not when the original Switch wouldn’t boot.

Repairs from Nintendo involved replacing the motherboard or replacing the entire unit. The Switch’s storage chip is keyed to its own motherboard. Nintendo seems unwilling or unable to transfer data when changing hardware.

Today it is better, but not worry free. Nintendo Switch Online is available with cloud backup. But that needs to be active before the damage occurs. It also doesn’t backup every game for anti-cheating reasons. Most notable Splatoon 2 and Pokémon: Let’s Go.

Some local repair shops can also swap out the affected components. Rather than change out half the system.

How can I backup my gave save data?

You can subscribe to the Nintendo Switch Online program ($20/year). That includes cloud saves for most games. Some games, most notable Splatoon 2 and Pokémon: Let’s Go, will not back up to the cloud.

You can also transfer it to another Switch, but both devices need to be in working order. Note your profile is moved, not copied.

What should I do if my Nyko dock bricked my Nintendo Switch?

Nyko had been offering to repair/replace affected consoles and attempt to save data. You should contact them via customersupport@nyko.com. But don’t hold your breath on getting your saved game data back.

You can also contact Nintendo. Reports were mixed on free warranty repair or paid (~$115). Keep in mind your Switch’s warranty was only for 12 months. Except were local laws say otherwise.

Why is the dock so complicated?

In short, because it needs to be. When designing the Nintendo Switch they embraced new technology. Which allowed the Switch to be the Switch. The most notable being USB-C. They could run power, video, audio, and data all through a single port. But each of those still needed their own technologies behind the port.