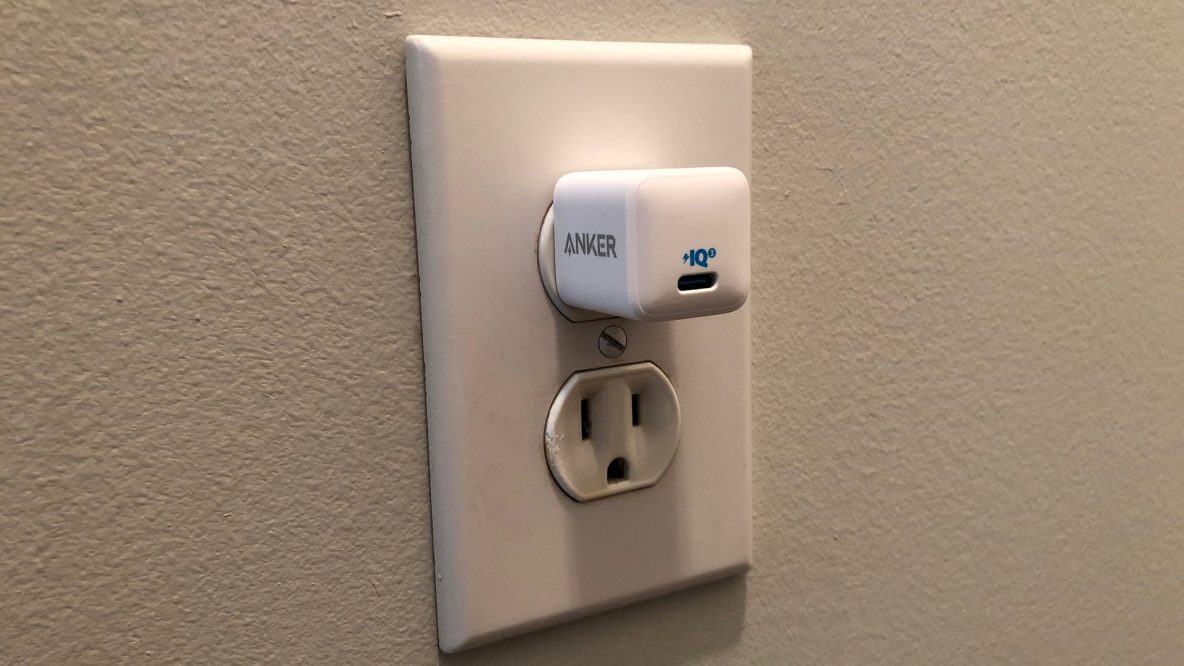 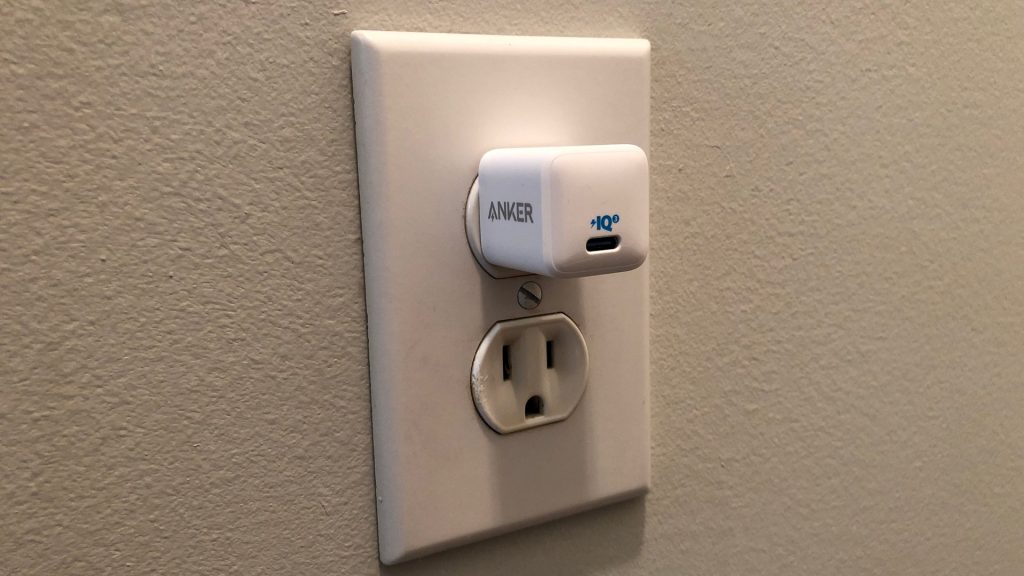 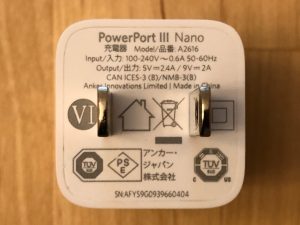 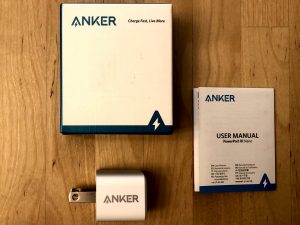 The Anker PowerPort III Nano looks a lot like Apple’s 5W USB power adapter. Almost the same size. With the same shape and fixed prong design. But the large Anker logo on one side makes it easy to distinguish the two. Not to mention the USB-C port with IQ3 listed above it. The branding is not subtle.

The fixed prongs are a downside for some consumers. But it does keep the charger’s size and weight down. Hinges add one more element. Which in turn adds mass and complexity. Comparing to similar models with folding prongs you can see a difference.

Apple 2.4A is also supported. So it should fast charge older iPhone 4-7 models, though not as fast. But given the upgraded cable needed it isn’t the best value for those older phones.

Using a Moto G6 for testing we don’t see Quick Charge engage. So charging is at its normal rate. This is normal with Motorola phones when QC is offered over USB-C. Samsung Galaxy, LG, and other QC supporting Android phones would be expected to fast charge.

In all cases, it’ll fast charge while you play. And charges at its max rate while asleep. The original Switch underdraws from 9V/2A chargers, while the new Switch and Lite correct that issue.

A big selling point for the older PowerPort III Nano is its small size. Thanks to the design choice to use fixed prongs instead of folding ones. Looking at Anker’s older PowerPort PD 1 with folding prongs clearly demonstrates the space savings. If you look at user comments on either you’ll see some demand for folding prongs. While others are more concerned with other aspects.

Fixed prongs leave ~0.66 inches of metal sticking out from the charger’s housing. Potentially snagging or scratching other items in your bag. So you’ll need to be careful where you store them. But the upside is a smaller and lighter charger can be produced. And no moving parts to worry about.

Folding prongs pack up neater. And don’t leave protruding metal out to snag on other items in your pocket or bag. But to do this a hinge has to be housed inside the charger. And the housing has to belong and tall enough to encompass the prongs. This increases the size and weight of the charger. It also introduces moving parts, which could fail.

There’s no right answer and it comes down to consumer choice. Apple, Samsung, and Google phone chargers have fixed prongs with no issues. While there’s enough demand for folding prongs Anker and others fill that need. So the debate will continue without any clear winner. Go with whichever design you prefer. And barring a preference buy based on the best value for you. 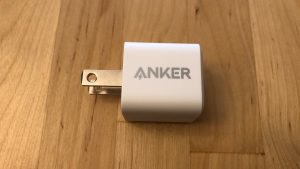 The Anker PowerPort III Nano is as universal of a phone fast charger as you’ll find. Their PowerIQ 3.0 tech combines USB Power Delivery and Quick Charge compatibility. Much like Quick Charge 4+. But by using their own standard they violate USB-C specifications. So while the charger performs fine it would never meet certification requirements.

It fast charges the most popular iPhone and Android models from the last several years. The big exceptions include Motorola phones that only support Quick Charge 3.0. And most Huawei and OnePlus phones. But it will still charge any of them at a normal rate.

For the Nintendo Switch, it’ll charge while you play in handheld mode. It is a bit slower with the original model compared to a 30W charger. But you won’t notice the difference.

When compared to the charger your phone came with you can see why Anker’s is worth the add-on buy. It is smaller than all their included fast chargers. And about the same size as the much slower 5W charger, Apple includes with most iPhones.

The non-folding prongs are a problem for some. And of no concern to others. They are no bad design, but rather a choice with its own pros and cons. You’ll want to be mindful of where you place the charger along with more delicate items. But in exchange, you get a smaller and lighter charger. If you’d prefer folding prongs you’ll need to look at larger chargers. If you don’t have a preference then buy based on what’s the best value for you.

Anker has U.S. based support (web, email, phone) and an 18-month warranty. And their own online community with forums. They are a beloved brand within many USB-C communities.

The Anker PowerPort III Nano is a great second charger (or first fast charger) for Apple, Samsung, Google, LG, and other phones. As well as various tablets and the Nintendo Switch. Its dual USB PD and Quick Charge compatibility make it ideal for mixed households. And while you may not love the fixed prongs, they do keep the size and weight down.