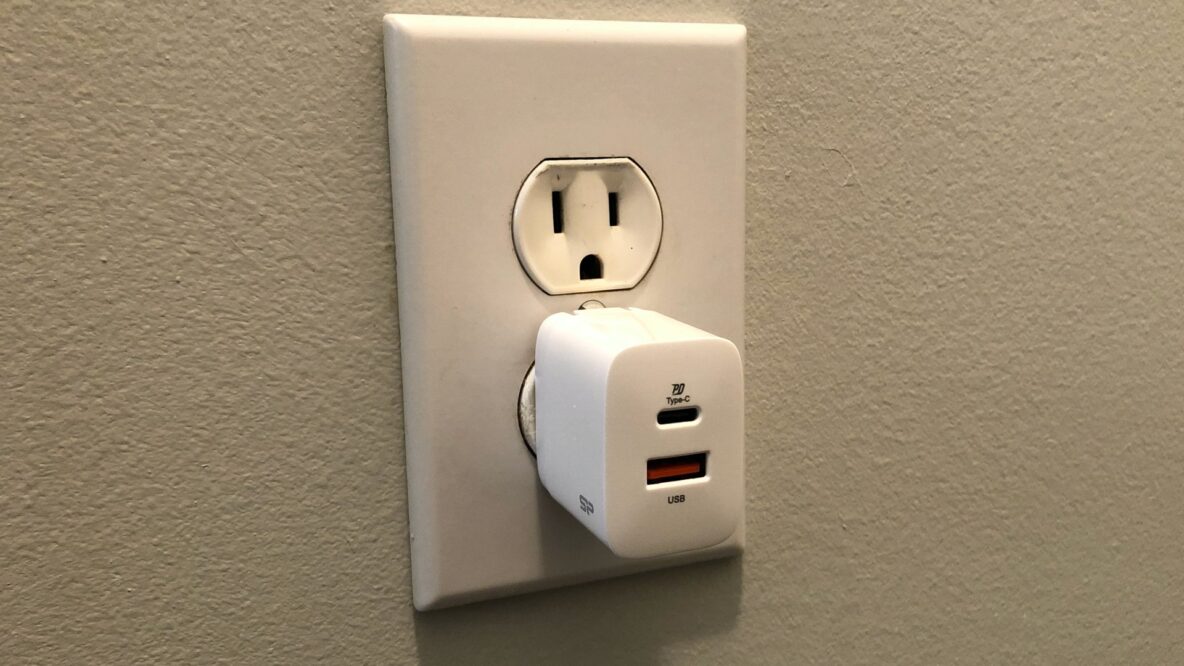 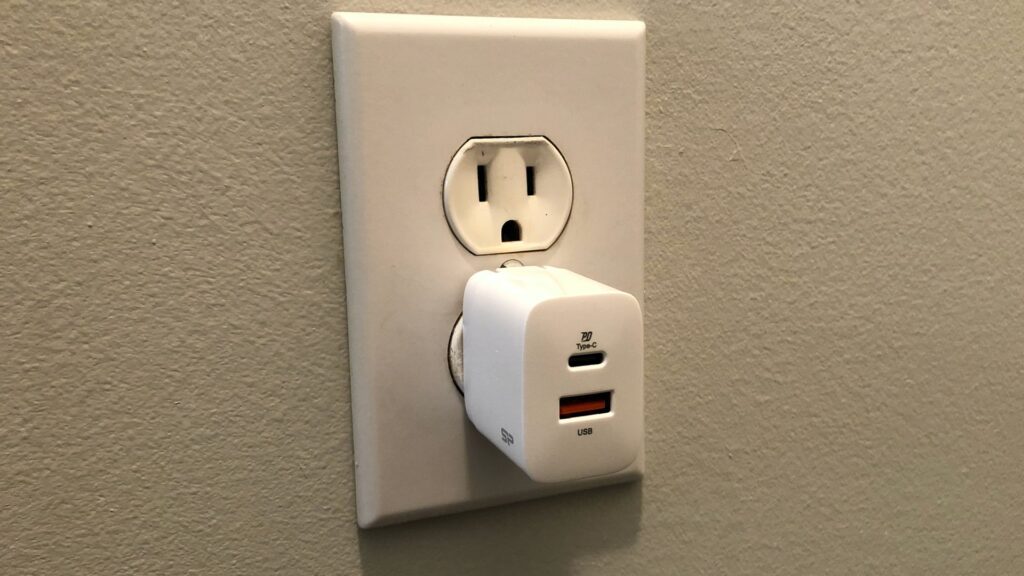 The Silicon Power Boost Charger QM15 is a compact charger with USB-C and USB-A. Supporting the fast charging needs of most any handheld device.

Disclosure: As an Amazon Associate I earn from qualifying purchases. Silicon Power provided the product in this review. 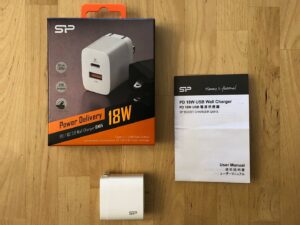 The No products found. is quite small for being a dual port charger. In fact, it is smaller and lighter than similar options from most major brands. With folding prongs you won’t find a more travel friendly charger with same specs out there.

Using a Moto G6 for testing we see Quick Charge will fast charge over the USB-A port. The Moto G6 fails to get QC over USB-C, as that is an issue with that particular model phone. Other QC supporting Android phones would be expected to work over USB-A or USB-C.

No Fast Charging With Two

If you connect two devices to the charger it will disable all fast charging tech.

Both ports only support 5V. Which removes fast charging options outside of the Apple 2.4A standard. There is a 15.5W total output limit shared between the two USB ports.

This limitation is typical of any dual port charger of this size. To get dual fast charging usually requires a larger and higher total output model. There is a limit to how much current can cross its circuits without extra hardware, adding size, weight, and cost.

Whether you should fast charge one device or share between two depends on battery levels and your immediate needs. The closer both devices are to 100%, the less impactful not fast charging becomes.

The Silicon Power Boost Charger QM15 is a great commute or travel charger. Supporting an array of small devices. Good if you and your partner use different types of phones, or if you regular get asked to lend out a charger.

Like most small dual USB chargers it works better as a device flexible single charger than a two device charger. Between the two ports it’ll fast charge almost any handheld device. But with two devices connected the total power output drops, disabling fast charging. Save the dual device charging for overnight, or if both devices are well above 50% already.

Silicon Power (SP) has U.S. based support (web, email, phone) and a 13 month limited warranty on their power banks. Founded and headquartered in Taiwan with branch offices in the USA (California), Netherlands, Japan, and Hong Kong.

The Silicon Power Boost Charger QM15 is a small and light travel charger, offering support for a wide variety of handheld devices. But don’t expect it to fast charge two devices at once.