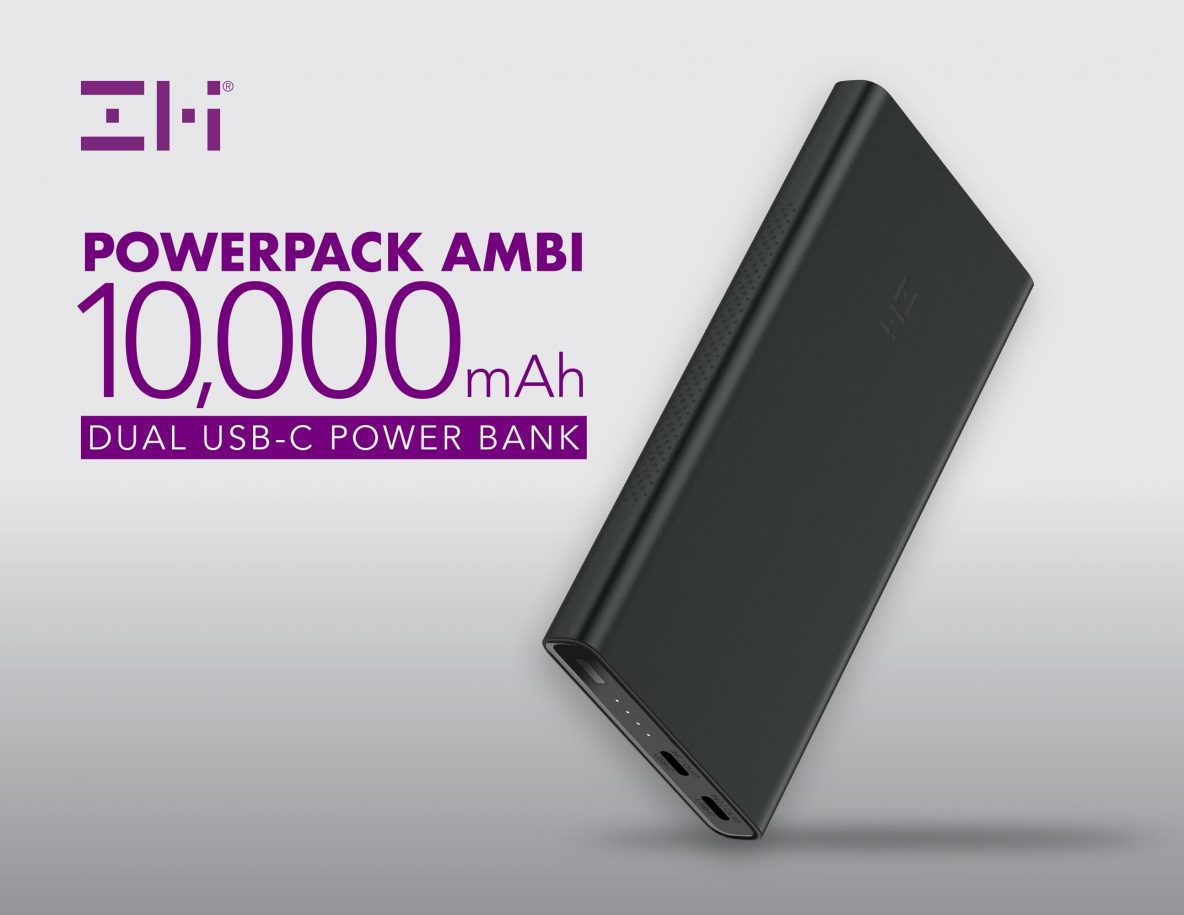 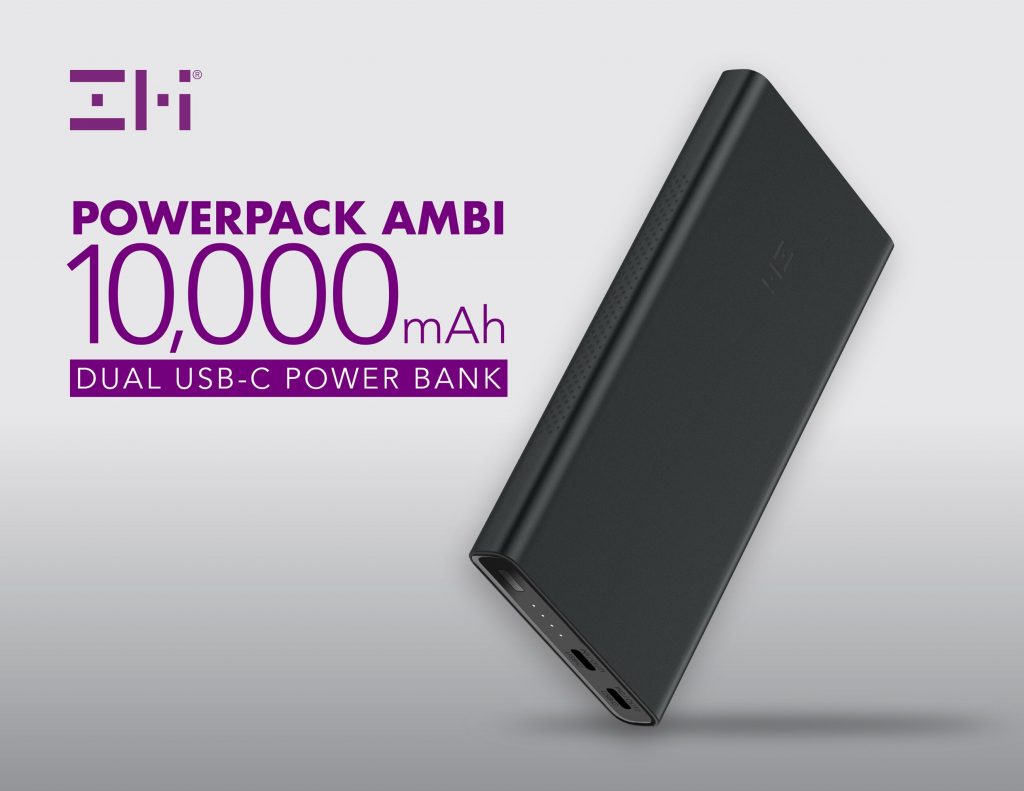 ZMI has launched their first Kickstarter for the ZMI PowerPack Ambi. The smallest, dual USB-C port power bank to hit the market. And unlike most Kickstarter projects product shipment is next month!

The ZMI PowerPack Ambi (model number QB812) is the new power bank. At first glance it is like other 18W/10,000mAh power banks. But where others include an older USB-A port this model is pure USB-C. Making it ideal for those with several USB-C devices. And some neat pass through charging tricks. Early bird supports can get the power bank and a 50 cm USB-C cable for $25 + shipping.

At 9.84 oz it is also heavier than most of its peers. But the enclosure is metal, where most other models use plastic. That should help with any heat issues. Metal power banks run cool to the touch in my experience. 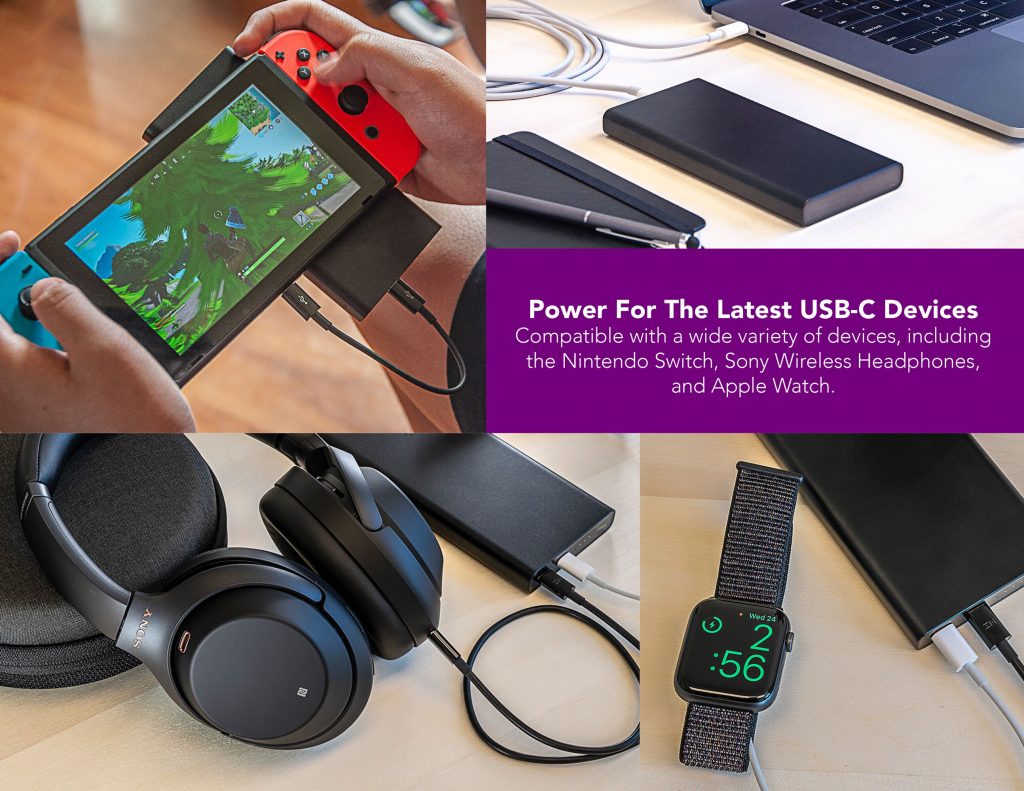 Performance wise the ZMI PowerPack Ambi runs as well as any other 10,000mAH USB-C power bank with a single connection. It can output up to 18W USB-C PD (5V/3A, 9V/2A). That’ll fast charge an iPhone 8/X/XR/XS or Google Pixel. It’ll charge a Nintendo Switch in handheld mode near its max rate. And will keep up with an iPad Pro.

With both USB-C ports in use total output goes up, but per port output goes down. Both ports only offer 5V. And it can output up to 20W total across both ports. That’s still enough to charge a pair of phones. Or charge your phone and Nintendo Switch while you play.

Its input specs are quite flexible. Either USB-C port can support input. Input is also up to 18W USB-C PD. But it has a larger range of power profiles (5V/3A, 9V/2A, 12V/1.5A, 15V/1.2A). Unlike most of its peers the Nintendo Switch’s AC adapter would likely recharge this power bank. Total recharge time is 4 hours.

The ZMI PowerPack Ambi’s capacity is standard for its size, offering 10,000mAh (37Wh). They also list its “nominal capacity,” which is what I call actual capacity. It is how much power you can expect to get depending on the charge type used.

It can recharge most phones up to 2 times. A bit more if you top off rather than fully recharge. A bit less if you only plug in while the phone is below 50%.

I also expect it’ll keep a Nintendo Switch gaming for 4.5+ hours, depending on the same and settings.

In general 10,000mAh is the most common capacity in smaller USB-C power banks. It is ideal for keeping two phones or one Switch up and running away from home.

Pass Through Charging and UPS

It can also be an uninterruptible power supply (UPS) for small USB-C devices in your home. This functions differently than normal pass through charging. With pass through charging you can get a reset of output when input is lost. A charging phone wouldn’t care. But a running Raspberry Pi 4 would and could result in a shutdown/restart. With UPS there is no blip, and so no device loses power until the power bank itself is drained. ZMI shows it connected with a security camera. And mention using it with a Wi-Fi router. 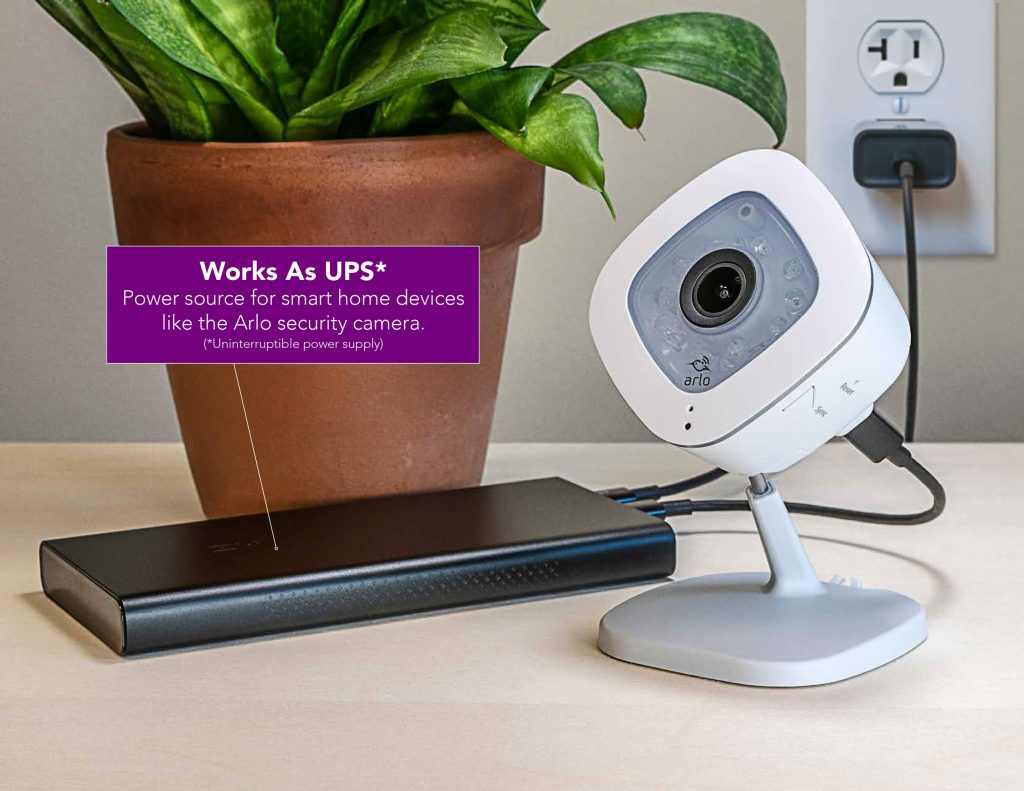 I would expect the dual port specs to come into play. Meaning no fast charging while using pass through charging. And the power bank’s own input would be less.

The Kickstarter has a Who is ZMI section. Here are the highlights:

You can check out the Kickstarter here. It runs through August 18, 2019.