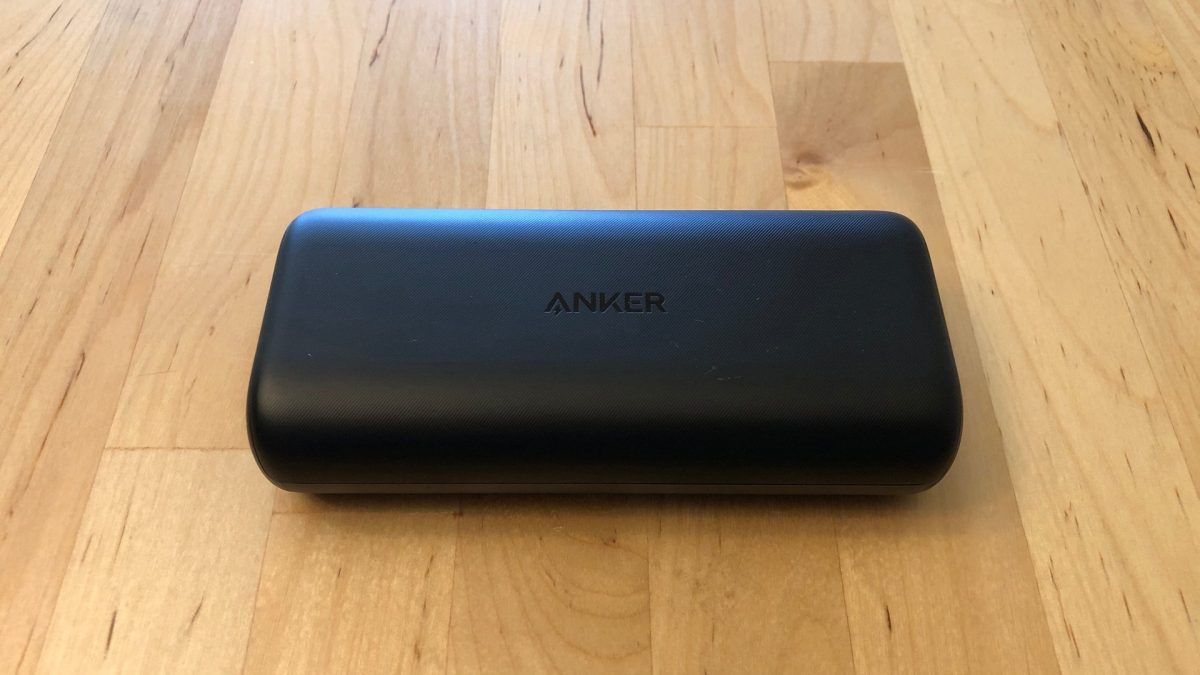 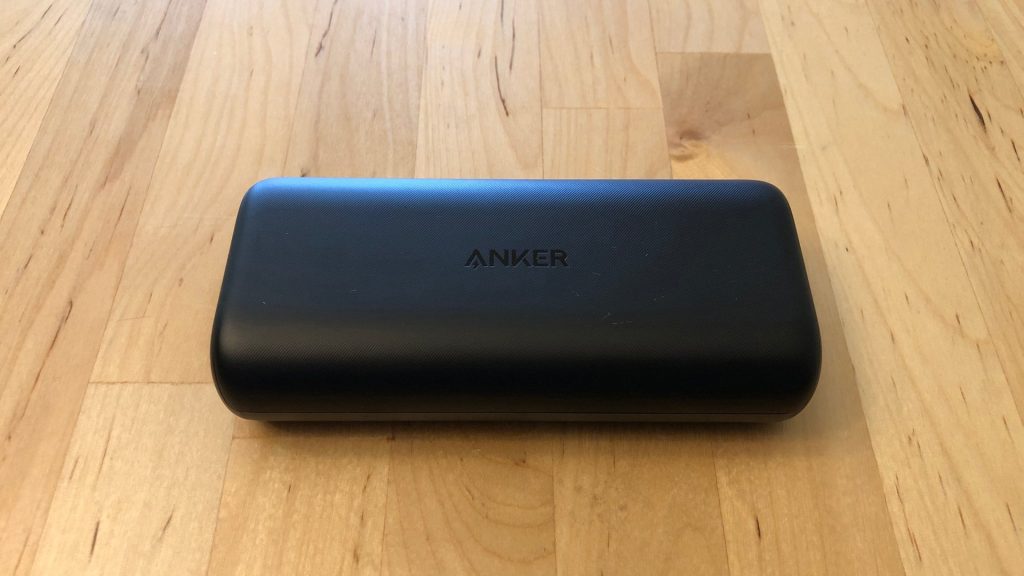 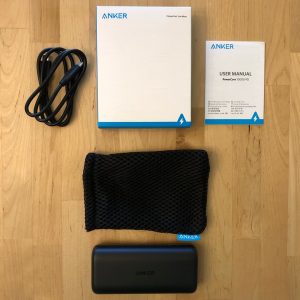 The Anker PowerCore 10000 PD is a much anticipated upgrade to their popular PowerCore 10000 line. The older PowerCore 10000 offers a USB-A port with micro-USB input. And some variants offered features like Quick Charge and even a USB-C input-only port. The PD model has the same USB-A port but an input/output USB-C Power Delivery port as well. Like most 10,000mAH USB-C PD power banks it is limited to 18W output. But unlike similar power banks, it offers 15V instead of only 9V or 12V. That allows it to charge the Nintendo Switch faster than many of its peers. And gives an interesting, if emergency use only, backup option for some laptops. The new model is longer, likely to house the circuitry needed for its performance levels. The top of the enclosure has a grippy feel but without any visible grooves.

Using a Moto G6 we confirm no fast charging support for Samsung, Motorola, or Quick Charge enabled Android phones. Both USB-C and USB-A ports provide ~10W, which is a normal charge.

The Nintendo Switch charges near its max rate, up to 14W. The Switch won’t draw as much current as it could, which is 18W. This is due to a shortcoming with the Switch itself. But it is more than enough to charge while you play.

The PD protocol negotiation with the Switch is most typical. It connects at 5V and moved up to 15V after negotiations. There isn’t a reset to 0V before the change, though. Current steps up once the 15V connection is made. The Switch showed no issues with charging during any testing.

Using a 13-inch MacBook Pro for testing we can see the charger’s max 18W output. It isn’t enough power to ideally charge any USB-C laptop. But it will work in a pinch. It can charge a laptop while asleep, giving it more run time. 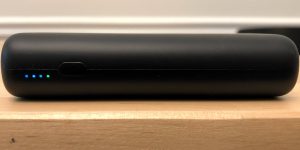 Not Compatible With Some Anker USB-C Chargers

The first production run of the Anker PowerCore 10000 PD had a “charging system updating issue.” This resulted in known incompatibility with three Anker USB-C wall chargers:

Anker had a note about the incompatibility on the Amazon product page. But many didn’t see it and the issue came up in the reviews. And on Anker’s own online community.

In mid-May, we learned Anker had corrected the problem. And currently produced versions of the power bank no longer had the issue. We know the version sold in Canada is the updated version as of May 15 (probably earlier). But Anker continued selling the older version, with the issue, through the US Amazon store.

As of this review, the issue has been resolved by Anker. But I couldn’t tell you how to identify a fixed unit. Nor can I tell you when Anker will stop selling/run out of the initial units with the issue.

I purchased the PowerCore 10000 PD in mid-March. So I expect I received one of the models with the issue. So I tested it against an Atom PD 1. As well as a list of compatible Anker charger. And an AUKEY and ZMI charger.

But I did find one odd thing. Across all chargers, the power draw while at 0-25% was half as much power as it should have been. All four chargers showed a lower draw rate during that time. And all four chargers should a jump up in charge rate after 25%.

My Atom PD 1 worked with my PowerCore 10000 PD. There was a single occasion where it connected at 5V rather than 15V. But I couldn’t replicate that result.

Even though it is listed as a compatible charger I saw the same reduced charging rate below 25%.

The AUKEY charger is 18W, but with only 12V power profiles. So we expect it to charge the power bank slower overall. But we still see a lower power draw from 0-25%.

The ZMI charger is 45W, more than any of the other chargers tested. And yet again we see a lower power draw from 0-25%. That strongly indicates the issue is with the power bank.

The compatibility issue Anker and others have discussed could be intermittent. Or not on every single unit from the original production run. A partial failure rate would warrant the note from Anker. If you check reviews on Amazon you’ll see others who report issues.

The lower power draw at 0-25% is the reverse of how lithium batteries are normally charged. The power ramps up at low levels and drops off as the charge completes. Here we see a very obvious jump up in current somewhere after 25% charged. Consistent across all chargers tested. 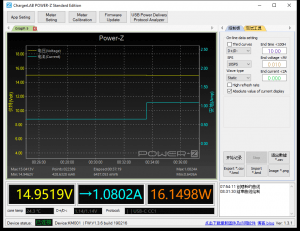 If you have one of the listed incompatible Anker chargers then you may want to wait. The fixed version will be out at some point, if not already. But without Anker making an announcement we won’t know for sure when. If you plan to use a different USB-C charger then you should be fine. But do a charge test and make sure it works okay before your return window closes.

The Anker PowerCore 10000 PD is a worthy successor to the original PowerCore 10000. Anker could have made it like most other 18W USB-C PD portable chargers. Supporting 5-12V only. But the inclusion of 15V support allows it to charge the Nintendo Switch faster than its peers. Not to mention more device friendly and future proof.

For the Nintendo Switch, it charges in handheld mode fast. But not as fast as larger portable chargers with 15V support. The Switch underdraws a bit due to the less than 2A current. This is a Switch issue, not a portable charger issue. It will charge while you play. And charges a sleeping Switch at the best possible rate. It will not power a docked Switch.

Its 18W USB-C PD will fast charge Power Delivery supporting phones and small tablets. It can even fast charge the Switch and an iPhone at once. The 2018 iPad Pro will charge as well as with its own charger, but it can charge faster. Lack of PowerIQ 2.0 means no fast charging for Quick Charge enabled Android phones. But they will charge at normal rates. It isn’t made for laptops, and won’t work with certain models that demand a minimum output. But for MacBooks and others, it’ll help in a pinch. Just not for long.

Its known incompatibility with one of Anker’s newer and popular chargers is a letdown. Anker has acknowledged the problem and taken steps to correct it. But they also opted to keep selling the versions with the issue. Their customer support has been responsive to issues and negative reviews. But if you buy you need to test it with your own charger and make sure everything is to your liking.

Anker has U.S. based support (web, email, phone) and an 18-month warranty. They are a beloved brand within many USB-C communities.

The Anker PowerCore 10000 PD fills a niche of good output options in a compact design. It outperforms similarly sized power banks with the Nintendo Switch. And is equally great for iPhones and Google Pixels. It costs more, but not that much more when you account for the included USB-C cable. But if you want to use it with an Anker USB-C wall charger test it as soon as it arrives.

You’ll want a USB-C wall charger to quickly recharge this USB-C power bank. Check out the AUKEY PA-Y18 18W PD. It offers the same performance as an Anker 18W charger. But without the compatibility issue. And it is smaller for travel.