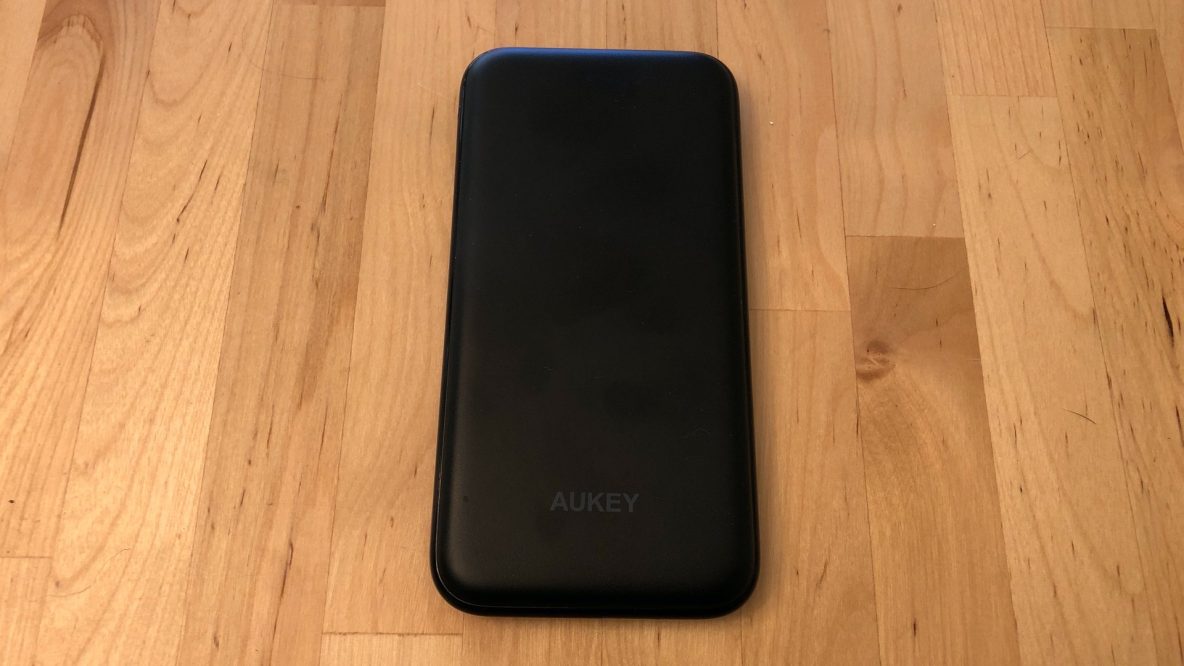 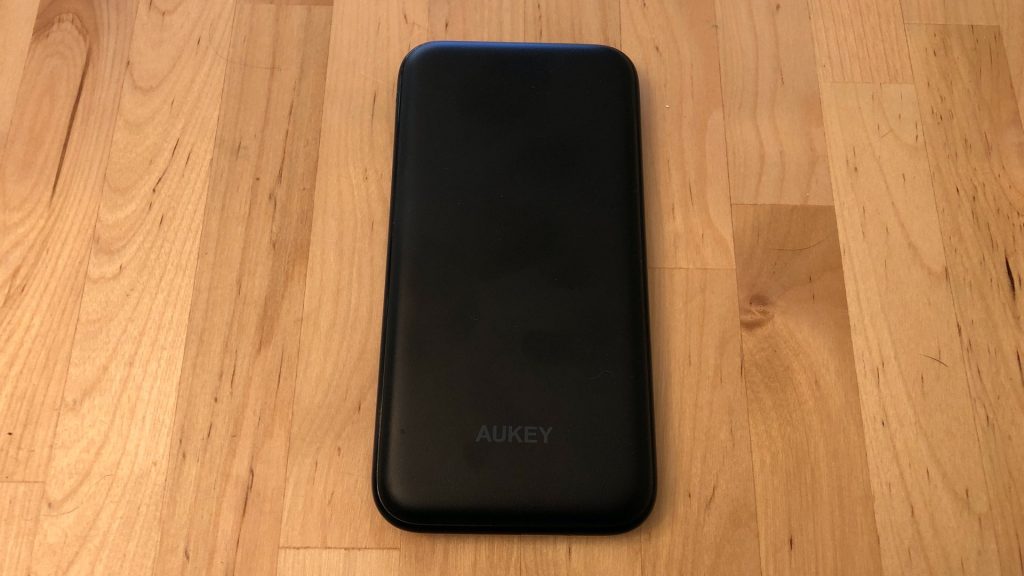 The AUKEY PB-Y25 Sprint Wireless offers USB Power Delivery, Quick Charge 3.0, Qi wireless, and trickle charging. All in a power bank no bigger than other on the go sized power banks. 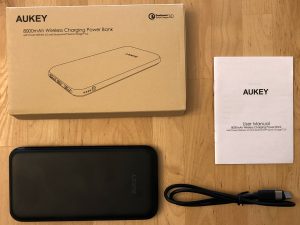 The AUKEY PB-Y25 Sprint Wireless is a lithium polymer power bank. With a similar design to the AUKEY PB-Y13 10000 USB-C. The two look alike at first glance. But the PB-Y25 is a bit heavier. And it gives up 2,000mAh in capacity to allow for wireless charging coils. The flat design makes it easy to hold your phone and power bank together. And with the addition of wireless charging means no dangling cable.

The USB-C and two USB-A ports are on the “front” side of the power bank. The Quick Charge supporting USB-A port is orange and easy to identify. A micro-USB port (input only) is around the corner. And around the other corner is the button and LED indicators. The button comes into play with this power bank more than others.

Using a Moto G6 for testing we see Quick Charge will fast charge over the orange USB-A port. Any QC supporting Android phone with USB-C can use the included USB-C to USB-A cable.

The black USB-A port charged the Moto G6 faster than the USB-C. But that could vary depending on your model phone. Regardless the orange USB-A port is where you want to plug in a Quick Charge enabled phone.

The Nintendo Switch and Switch Lite charge near their max rates, 18W and 13W respectively. It’ll fast charge while you play. Its charge rate while sleeping is also normal. This charger can also power the Switch’s dock.

If you have any original model Nintendo Switch (before August 2019) then its power draw will be less, due to its design. But still more than enough to charge while you play the most demanding games. 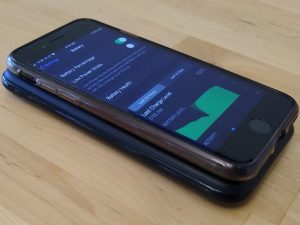 I don’t have a tester to measure wireless charging rates. The specs (which are accurate in my other testing) states 5W output is supported. Which is on the low end for Qi wireless chargers. And reasonable for a power bank of this size.

A 5W wireless charge will take about an hour longer than a 7.5W wireless charger. And will charge slower than a 5W USB charger. Due to the inefficiencies involved with any wireless charging. All phones will get a faster charge using a wired option over wireless. With this power bank fast charging is available to many phone models. Provided to plug into the correct port and skip wireless.

The benefit of wireless charging is convenience. You don’t need to carry a cable. You can hold the phone and power bank together with a cable dangling. And if you only have on cable you can plug in one phone and wireless charge another. And is a must have feature for anyone with an Apple Watch or other device which only charges wirelessly.

Wireless charging is not for everyone. If you have no expectation of using it you may want to check out the AUKEY PB-Y13 10000 USB-C. It offers 20% more capacity in the same form factor. 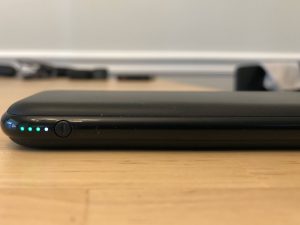 To deal with this trickle charge mode forces a power bank to stay on for a couple of hours. Allowing small accessories time to charge.

If you connect two or more devices to the power bank it will disable all fast charging tech. That includes the wireless charging pad. When you connect the second device you’ll notice the charging resets on the first. This is the power bank stepping down to a 5V output level. If you disconnect the second device you’ll want to unplug and replug the first. To make sure fast charging turns back on. 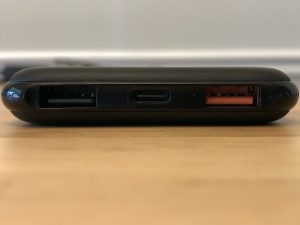 The AUKEY PB-Y25 Sprint Wireless is a small and slim power bank, fitting wherever your phone fits. It offers a unique combination of fast charging, wireless charging, and trickle charging. A combination not found for only 7 ounces of weight. It has plenty of ports (plus the wireless coils). But it works best charging only one device at a time.

The orange USB-A port supports Quick Charge 3.0 Best for LG, Motorola, and other Android phones with QC support. It also works well for older iPhones and iPads as it supports Apple 2.4A, too.

This may become my new grab-n-go power bank for my iPhone. I don’t have to worry about also carrying a cable if fast charging isn’t important. And it’ll fit in my bag or jacket pocket.

AUKEY has U.S. based support (web and email) and a 24 month warranty. You must have purchased the product either from them or through Amazon for support.

The AUKEY PB-Y25 Sprint Wireless is a wired and wireless power bank. Designed to keep your handheld devices charged on the go. What is loses in capacity it gains in charging options and convenience.

You’ll want a USB-C wall charger to quickly recharge this USB-C power bank. I recommend the AUKEY PA-Y18 18W PD. It’ll support the same type of devices, as well as the power bank.