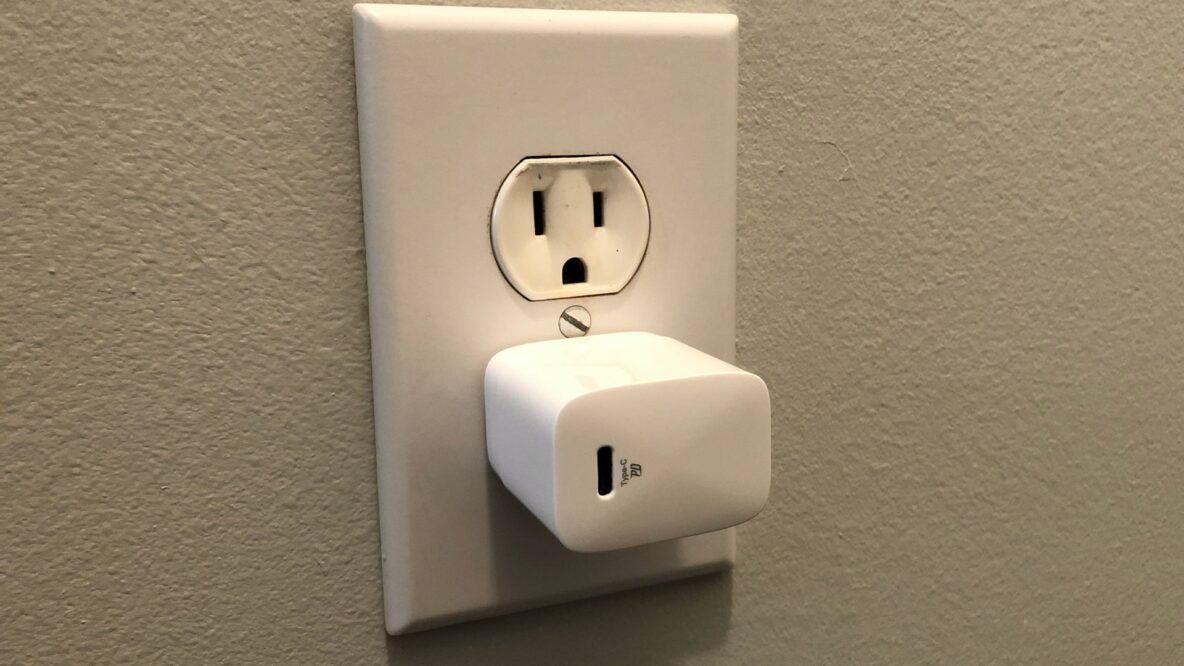 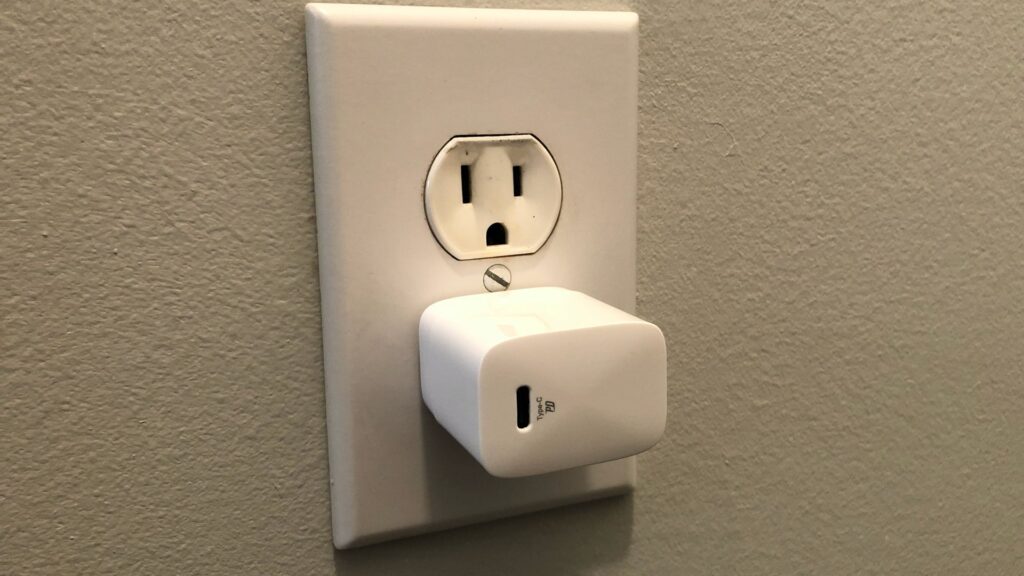 The Silicon Power Boost Charger QM10 Combo offers an all-in-one second iPhone charger. Both the charger and Lightning cable angle 90° different from other options, which may be a plus for some.

Disclosure: As an Amazon Associate I earn from qualifying purchases. Silicon Power provided the product in this review. 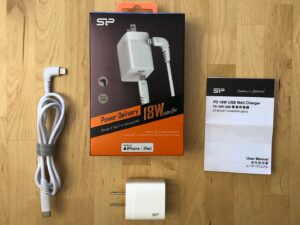 The No products found. looks like a cross between a Google Pixel and Apple iPhone charger. Plugged into most wall outlets the USB-C port is vertical instead of horizontal, and off to one side. It has a more compact form, being wider rather than taller. But isn’t the smallest charger on the market, and doesn’t have folding prongs.

Using a Moto G6 for testing we don’t see Quick Charge engage. So charging is at its normal rate. This is normal with older Motorola phones when QC is offered over USB-C. Samsung Galaxy, LG, newer Motos, and other QC supporting Android phones would be expected to fast charge.

The Silicon Power Boost Charger QM10 Combo is among the cheaper fast chargers for iPhones. Especially with the included USB-C to Lightning cable. But with that comes some design differences compared to more popular chargers. 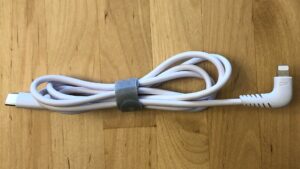 For phones it fast charges iPhone 8/X/XR/XS/SE/11/12, Samsung Galaxy, and Google Pixel. It also fast charges LG and newer Motorola, and any other Android which supports Quick Charge.

Plugged in the charger is wider than taller, clearing more room above or below it. Good for typical wall outlets, not good for side-by-side power strips. The USB-C port will be sideways and off to one side. Functionally this isn’t an issue, but more OCD buyers should be aware. Non-folding prongs aren’t generally a problem, especially if the charger will stay in one place. If packing them be sure the charger isn’t up against something it can scratch.

The USB-C to Lightning cable has a straight connection with the charger and a 90° connection with the iPhone. This has advantages if holding the iPhone vertically, or having the cable run off the side of your desk or nightstand. But it can get in the way if holding the iPhone horizontally. I suggest keeping the cable in a spot where it works for you and use a straight cable for any travel or with a power bank.

Silicon Power (SP) has U.S. based support (web, email, phone) and a 13 month limited warranty on their power banks. Founded and headquartered in Taiwan with branch offices in the USA (California), Netherlands, Japan, and Hong Kong.

The Silicon Power Boost Charger QM10 Combo works like a typical budget fast charger. Aimed at iPhones with its included cable, but can support Android devices, too. Its design and angled cable do stand out from the more popular brands.