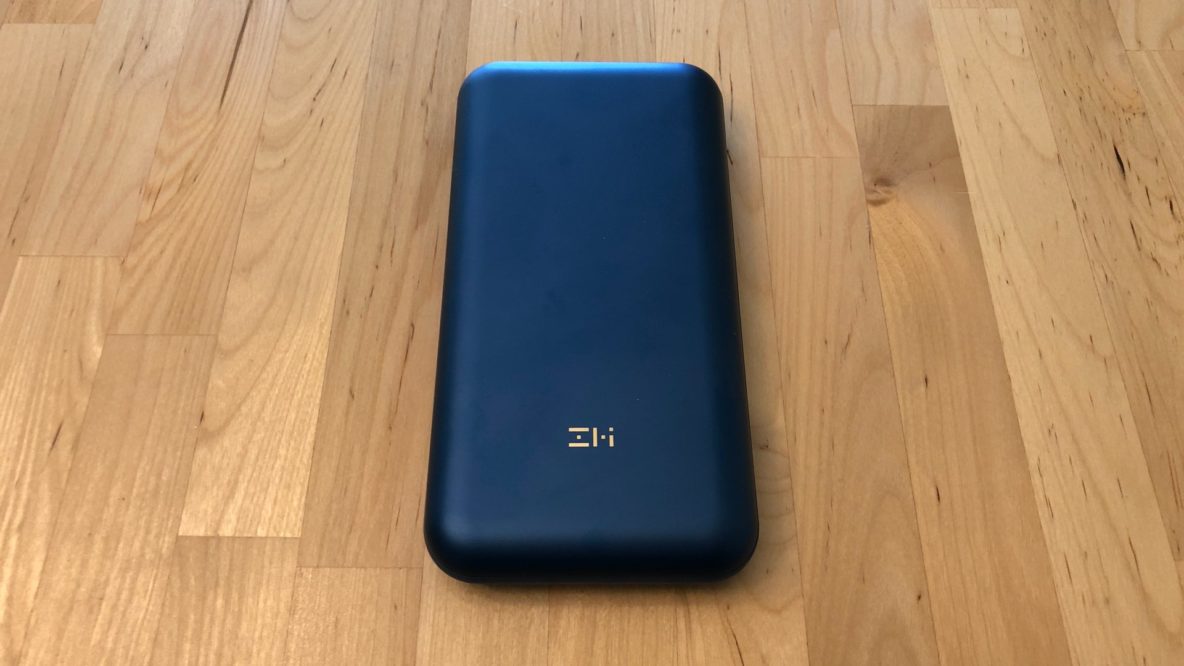 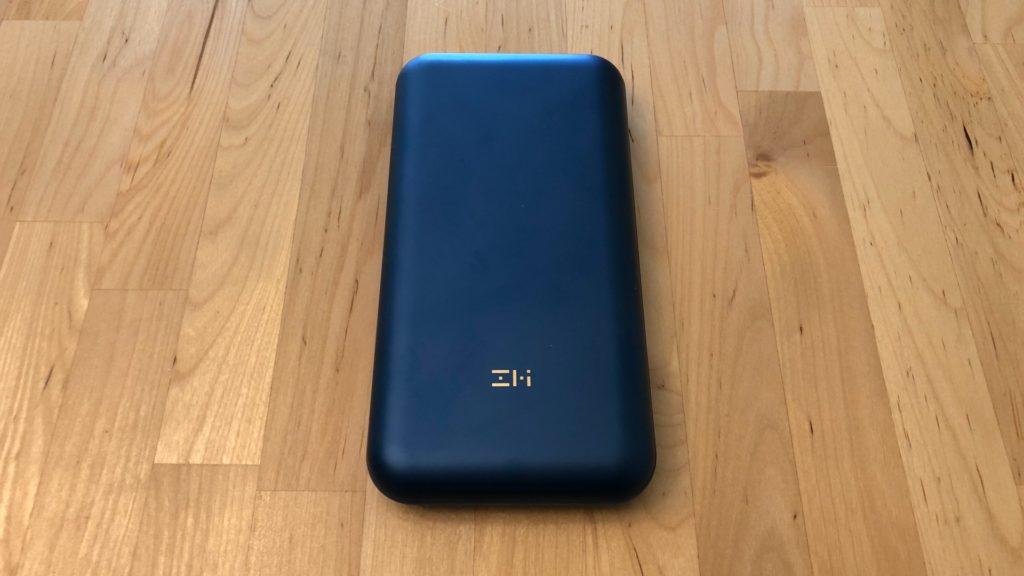 The ZMI PowerPack 20K Pro improves upon the ZMI PowerPack 20000 (QB820). While keeping elements which worked well. It has the same general design and enclosure. But all new electronics and lithium cells. Made to maximize output while minimizing temperature and throttling. 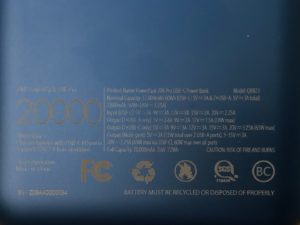 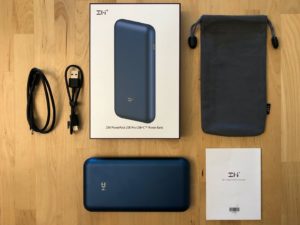 The ZMI PowerPack 20K Pro looks a lot like the ZMI PowerPack 20000 (aka QB820). Which has been a favorite power bank of mine. I’m happy to say the Pro kept the same enclosure. And improved upon the coloring, especially with their logo. I’ll be able to tell the two power banks apart at a glance. The ports, buttons, and LED indicators are also the same. With the addition of a blue LED, used for trickle charge and USB hub modes.

The internals is all new. ZMI reports a redesign of the printed circuit board. They swapped LG lithium cells found in the non-Pro model with a higher grade of Samsung cells. And rearranged the cells to reduce heat. Pass-through charging and the USB function are the same. But trickle charge mode and PPS supply are new. And of course 20W more potential output.

The included travel pouch is the same. And still fits the power banks and both included USB cables. Add a Lightning cable and you’re all set for any phone or device.

Using a Moto G6 for testing we see Quick Charge will fast charge over either USB-A port. Any QC supporting Android phone with USB-C can use the included USB-C to USB-A cable.

The USB-C port will support normal charging. But it is slower than what I normally see. I saw 8W instead of the normal 9-10W.

Note you can only get Quick Charge if using only one USB-A, and not the USB-C port. If two or more ports are in use QC is disabled.

It also supports the Switch’s dock. Providing enough power for video output to your TV.

Using a 13-inch MacBook Pro for testing we can draw up to 55W from this charger. That’s expected, after accounting for efficiency loss. The current output was very consistent over time. Using up an entire charge of the power bank I didn’t see a significant drop in the current until the last 5 minutes of charging.

Different model laptops have different power demands. But in general, a 65W charger can support up to 13-inch/14-inch laptops under any condition. It can also support a 15-inch laptop under light use. Or charge it while sleeping.

For laptops that support 65W or greater power draw, you’ll need to use the included USB-C cable. To get that extra 5W out of this charger.

With two or more devices connected the USB-C output drops to 45W. And the two USB-A ports share 15W (each gets 5V and they split 3A). Which also disabled Quick Charge.

This is actually a pretty good multi-device output setup. Granted you can’t get both USB PD and Quick Charge at the same time. But some other options disable all fast charging when two or more USB ports are in use. Here the USB-C port maintains its 5-20V range and only lowers its current (amps). To support two fast-charging devices with a power bank adds size, weight, and cost.

Most smaller devices on the USB-A ports will revert to their normal charging rate. Which will continue to charge the battery while they are in use. The total charge time for the two devices is about the same. Whether you fast charge them one at a time. Or charged them at a slower rate together. Charging three devices is pushing the unit, though supported.

When you disconnect devices from the USB-A port you may want to reset the USB-C connection. In my testing, it did not automatically go back to its 65W output. If plugged into a laptop it is worth a quick unplug and replug to get the extra charging speed back. 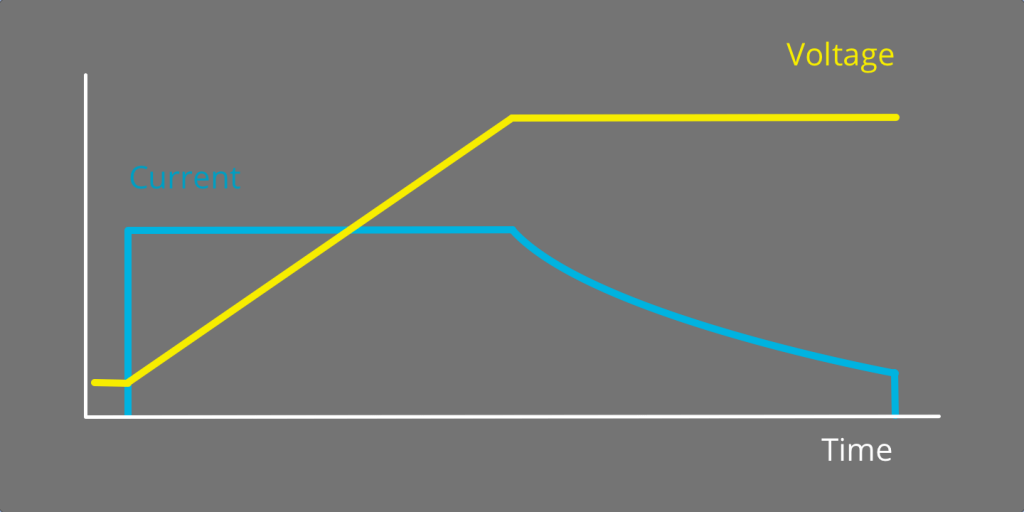 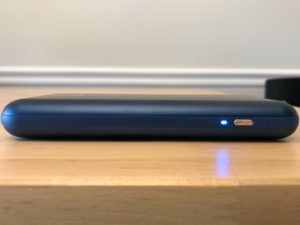 Trickle charge mode corrects for this, by forcing the power bank to stay on for a couple of hours. Allowing small accessories time to charge.

For ZMI’s power bank you double press the side button. A blue LED will turn on separate from the four, smaller white LEDs. After two hours the power bank will switch back to regular mode. And then shut down if no charging is detected. There’s no harm in allowing the power bank to stay in trickle charge mode for the full duration. And it doesn’t affect how much power it can output.

The USB hub function in the ZMI PowerPack 20K Pro allows you to use the power bank to connect USB-A devices to your USB-C laptop. This is normally done using a separate USB-C to USB-A adapter.

I tested the hub function with a USB 2.0 flash drive and a USB 3.0 flash drive. The hub function itself only supports USB 2.0. The flash drives came up promptly once connected to the power bank and the side button was pressed twice. I then tested read/write speeds against an Apple USB-C to USB Adapter.

As you can see, the Apple adapter reads data faster. With the USB 2.0 flash drive, the difference is significant, but not severe. With the USB 3.0 flash drive, you can see the USB 2.0 supports only the bottleneck of the power bank. If you often use a USB-C to USB adapter and every Mbps counts, then keep your current adapter. But for emergency use only you could consider leaving the dongle at home. And relying on the usable, if slower USB hub function of your power bank.

When done with the USB hub function you’ll need to press the side button once to turn it off. Otherwise, the power will remain on in that mode for up to two hours. Not a significant power drain. But a drain nonetheless.

The USB-C to USB-C cable ZMI includes is necessary for the portable charger to reach its greatest potential. The cable includes an eMarker and supports 5A current, allowing for up to 100W.

So if you connect most any other USB-C cable you have to this portable charger it’ll limit itself to 60W. That’s fine if your device only draws 60W or less. But if you want the full 65W you’ll need to use the included cable. Or another USB-C cable you know allows for 5A/100W. I recommend marking ZMI’s cable with colored tape or by some other means. So you know it should remain paired with its charger.

The ZMI PowerPack 20K Pro is an upgrade over the ZMI PowerPack 20000. Higher potential output, PPS support, and trickle charge support. All in the same enclosure and without a significant temperature increase. 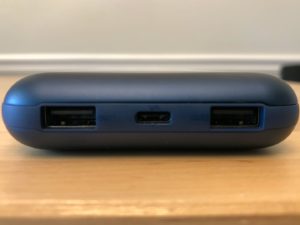 For the Nintendo Switch, it charges in handheld mode as fast as any other option. And can power a docked Switch. Regardless of whether the USB-A ports are in use or not.

It can provide full power to most 13 and 14-inch laptops with USB-C. Using the included USB-C cable it can offer up to 75% of the max draw rate a 15-inch MacBook Pro may demand. There is no output drop off until the last few minutes of battery life. Meaning it’ll charge as fast as possible up until the end.

The power bank’s own input remains at 45W, like the non-pro version. That’s a good rate for a 20,000mAh capacity, recharging in ~3 hours. But being able to recharge it as fast as it can output would be nice.

This isn’t a budget power bank and it includes a lot of bells and whistles. Few known brands offer 60-65W output. PPS support is rare, and more devices are coming out to support it. Trickle charge/USB hub mode is good for those with watches and fitness devices. Or laptops with USB-A accessories. It is worth the price if you need some or all these features.

The ZMI PowerPack 20K Pro is a high-end power bank. Offering 65W USB-C PD output with PPS support, Quick Charge, trickle charge, and more. And includes everything you need, except for a wall charger. For a laptop or future-proofing, they don’t get better than this. It isn’t a budget level power bank. You’ll pay a fair price for all these features.

You’ll want a USB-C wall charger to quickly recharge this USB-C power bank. I recommend the ZMI zPower Turbo 65W USB-C PD. It has the same output as the power bank, making it equally good for the same USB-C devices.