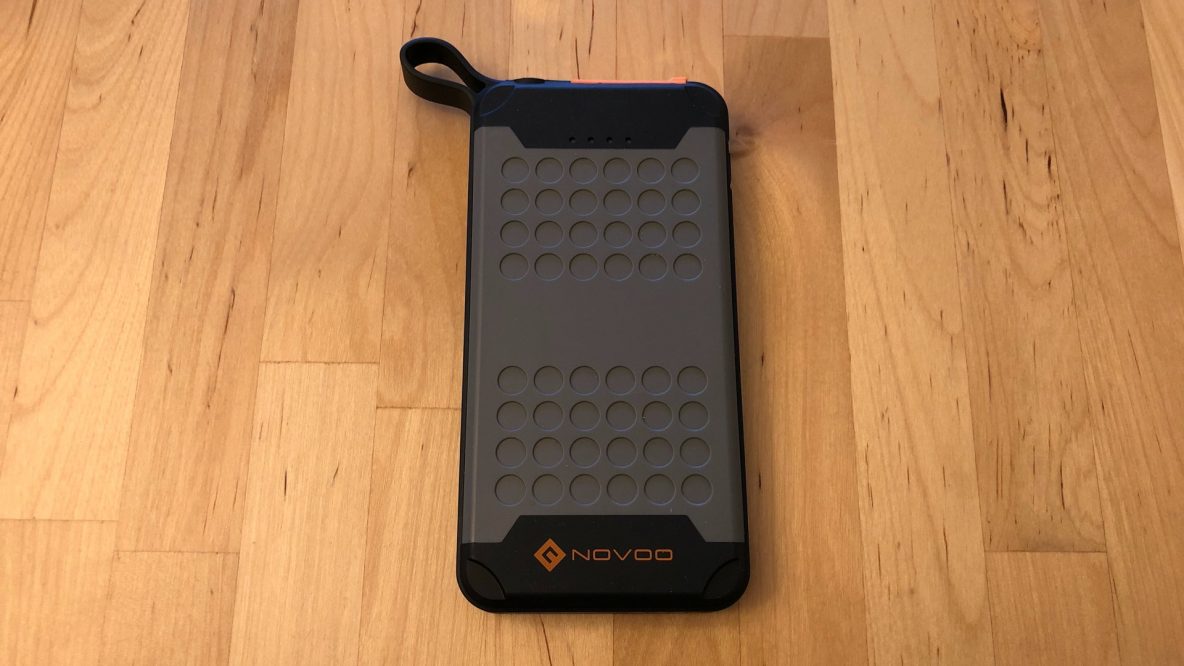 Novoo Explorer 10000 - A waterproof, dustproof, and shockproof power bank that isn’t overkill for your next camping trip

The Novoo Explorer 10000 is a camping/outdoor power bank. It can handle drops, dust and debris, and submersion underwater. As well as fast charge most iPhone and Android model phones.

Disclosure: As an Amazon Associate I earn from qualifying purchases. Novoo provided the product in this review. 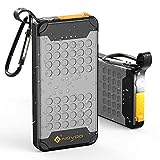 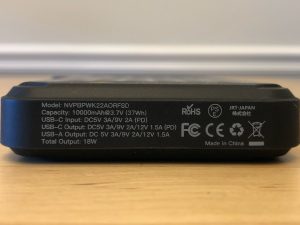 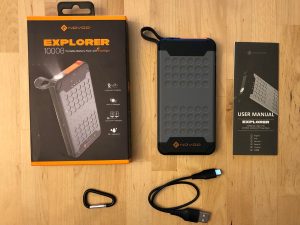 The Novoo Explorer 10000 looks like other heavy-duty electronics. It has rubberized edges. And a cover that goes over the two USB ports. The overbuild adds size and weight. Though it isn’t the largest or heaviest 18W/10,000mAh power bank I’ve seen.

Removing the orange cover (tethered to the power bank) reveals the USB-C and USB-A port. And next to those is the flashlight. A loop for hanging with the included carabiner completes the made for camping look.

The Moto G6 doesn’t engage fast charging with Quick Charge over USB-C. But other Quick Charge phones can. Samsung Galaxy, LG, and other QC supporting Android phones would be expected to fast charge. 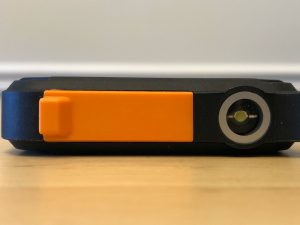 Ingress Protection (IP) rates how well a device is protected again solids and liquids. How well it keeps them out to protect delicate electronics or moving parts. The first digit is for solids (0-6). The second digit is for liquids (0-8).

These ratings assume the protective cover over the USB ports is closed.

The built-in LED flashlight operates using the button on the side. Press it once to check power levels of the power bank. Press and hold it to turn on and off the flashlight.

The light itself is nothing fancy. A basic floodlight that works best at short range. Handy for rooting around in your tent. Not so great at illuminating the path ahead in the woods. I recommend treating it as a backup. If you know you’ll need a flashlight bring an actual flashlight. Which will give you better performance. And won’t take power away from your phone. 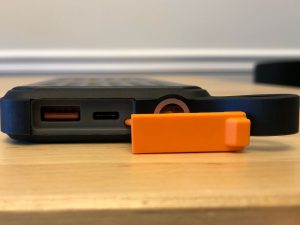 The Novoo Explorer 10000 is a power bank made for my kind of camping. Other options in the same niche are twice the capacity. And twice the size and weight. Including add-ons like solar panels. But that’s overkill for a weekend camping trip. Novoo’s approach give me what I actually need, a few recharges for my phone. And durability to survive being left outside overnight. Or dropped during a hike.

For phones it fast charges iPhones and most of the popular lines of Android. Including Samsung Galaxy, Google Pixel, LG, and Motorola. Huawei phones will fast charge using an older FCP standard. OnePlus phones will charge at normal USB-C rates.

For the Nintendo Switch it charges in handheld mode while you play. It is slower than some other options with the original model Switch (12V underdraw, see above). But the updated model and Switch Lite will charge near their max rates.

It’ll also fast charge all model iPads and keep up with most other types of tablets. It does not have the output needed to support a laptop while in use.

I could do without the built-in flashlight. It doesn’t take away from anything, so it’s fine. And maybe it’ll come in handy while looking for something in a dark tent or bag. But compared to the higher end LED flashlights I take camping it is a backup option at best.

Its dustproof and waterproof claims are backed up by its IP67 rating. Provided the USB port cover is closed. The rubberized sides will help with drops. But like any ruggedized electronic it can only take so much abuse.

Novoo is a subsidiary brand under Wellmade Brands. Who also makes Omars power banks. They have U.S. based support (web, email) and a 12 month warranty on both Omars and Novoo branded products.

The Novoo Explorer 10000 is a camping power bank that meets the needs of the weekend camper. It doesn’t include the week long capacity or add-ons similar outdoor models do. Keeping it as small and light as some non-ruggedized 18W/10,000mAh power banks. It would also be at home in an emergency preparedness kit.